Edit
watch 01:25
Jurassic World: Dominion Dominates Fandom Wikis - The Loop
Do you like this video?
Play Sound
This article is a stub. You can help Magickapedia by expanding it.

Assatur is the main antagonist of the game as well as the end boss of Chapter 12. He will cast blue arching projectiles at you, meteor shower, make a sword-like arcane attack, cast lightning at you, cast Vortex in the middle of the plateau,heal himself, cast blizzard, cast nullify, make his staff spin around the arena while shouting arcane beam (rarely) and slow down time(rarely).He is a powerful demon warlock that plotted in shattering Midgärd into various pieces by possesing Grimnir, use Khan to distract Hávindr, materialize Daemons to destroy all and be able to corpoarealize when the Player tries to defeat him, and so end the land. An easy way to kill Assatur is to walk/teleport away from where you start (that's where he will cast Vortex), cast a personal shield to survive a little longer, use Time Warp and then just spam Thunder Bolt. With Time Warp and some familiarity with casting Thunder Bolt, you will be able to damage Assatur far more than he will you and you will lash out more damage than he heal himself for. An easy alternative is to use a Steam + Lightning beam attack

from your starting position, and cast a barrier shield

with Shift + Right-Click whenever he sends out his blue projectiles. The shield is just strong enough to block the attack, leaving him vulnerable to another beam attack. If you are maintaining the beam through where he would normally cast his Vortex, his spell will fail. (I did this with the Righteous Rod of Runes (Lightning Immunity), so it may be prudent to use a lightning shield

on yourself.) By far the easiest, verging on cheating, way to kill Assatur, is to cast a Vortex (

+ Space bar), where Assatur is at the beginning of the fight. Assatur will die instantly. Using strong stone barrier (

+ Right click or Shift Right click) is also an effective defense against his blue projectiles. It will sustain two or three of those attacks and can easily be recast. It works best with the Thunderbolt technique, since the barrier will block your beams. 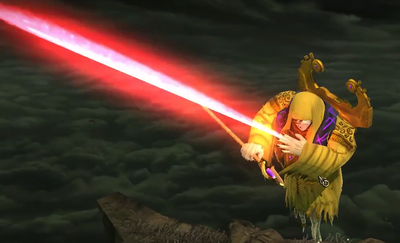 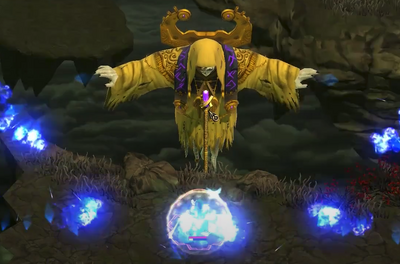 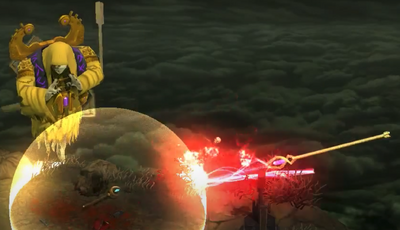 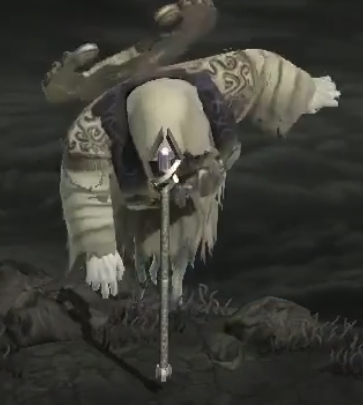 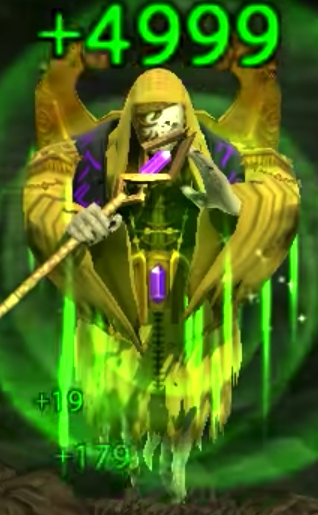 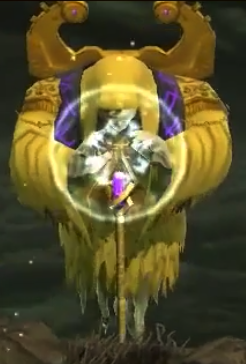 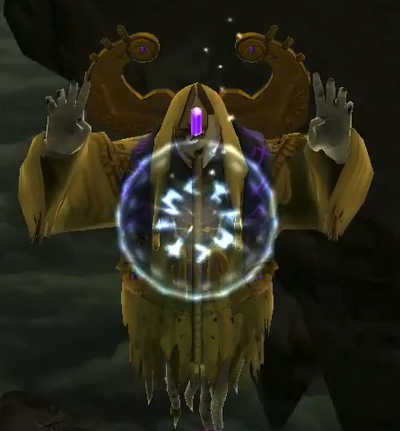 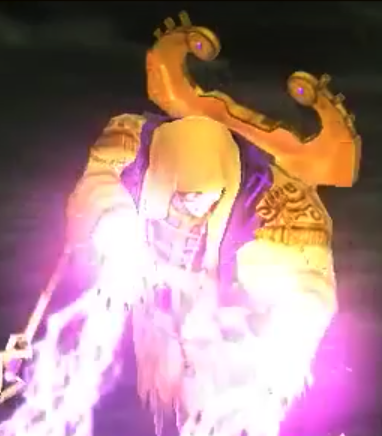 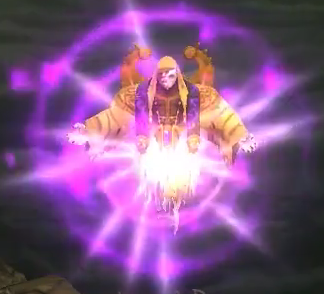 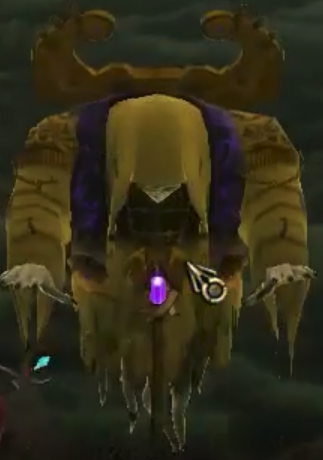 The king in yellow is a famous Robert W. Chambers short story collection, in which the stories are loosely connected by a malevolent, supernatural being known as The King in Yellow. H.P. Lovecraft later used elements from the short stories in his own writing, bringing the mysterious King into the realm of Lovecraft's other multidimensional horrors; to that end, Assatur is phonetically similar to the Lovecraftian being Hastur. Like Grimnir is refered as the Dark Lord, Khan as the Orc Warlord. Assatur is also refered in the boss battle title as King in Yellow