Edit
watch 01:25
Jurassic World: Dominion Dominates Fandom Wikis - The Loop
Do you like this video?
Play Sound
This article is a stub. You can help Magickapedia by expanding it.

Grimnir is the central antagonist of Magicka, and was possessed by the demon known as Assataur from the Etheral Realm. He sought to harness the power of all magicks. Which threatened the Order, so they ended up imprisoning him at world's end because of his lust for power. He is the boss in both chapter 6 and chapter 12. 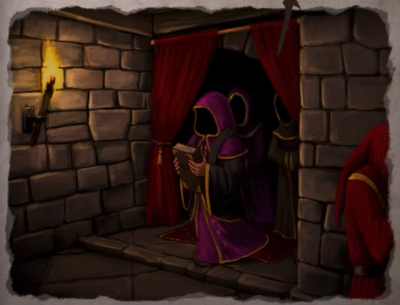 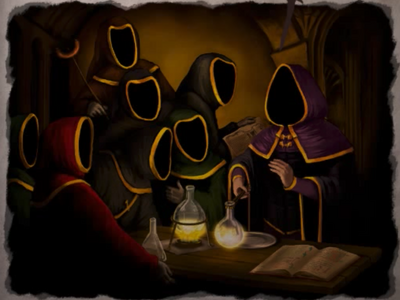 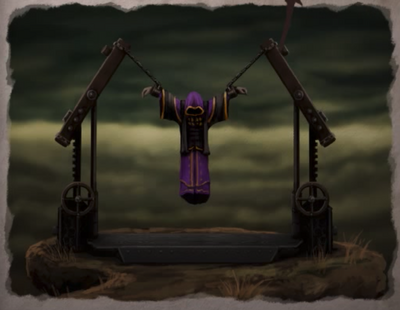 Grimnir will begin the fight by declaring the player will be defeated in a "Mind Duel". The player is then transported to a series of small islands of various settings, with a giant, ethereal Grimnir in the background. Enemy mages of various types will spawn and battle the player, depending on the setting. The player must defeat all the mages to proceed. Using mines (

sends them flying and makes this a short fight.

After the player has defeated all the mages, they are transported back to World's End, where Grimnir announces that since the player has not been defeated in the mind duel, the battle is to be concluded by a spellcasting battle. In this phase, he can cast Tornado, Conflagration,Rain,Thunderbolt,he can defend himself using shield or earth wall,he can use ice aoe spell and summon incorporeal projections of himself. The projections themselves use lightning-arcane beams and fire ball's to attack the player whilst floating around the outside of the island. All Grimnir's attacks can be nullified. Upon reducing Grimnir's health to 5000, Assatur will appear, incorporeal, behind Grimnir to aid him. At this point, Vlad appears and says that the player cannot hope to win the fight. He then proceeds to teleport the player away.

This second confrontation with Grimnir is basically the same duel but you will not be dueling with your mind. With the spell corporealize you will be able to fight the final boss and the cause of all the evil in all of Midgard. 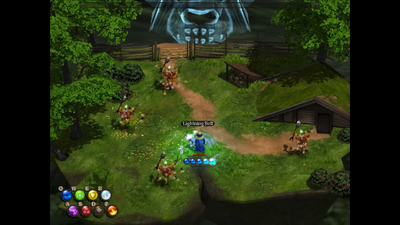 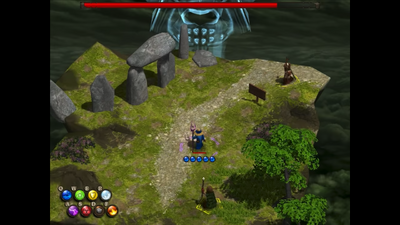 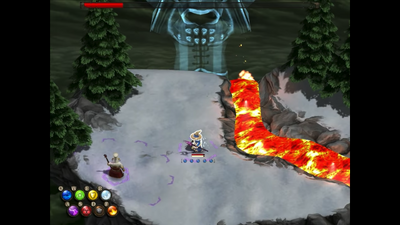 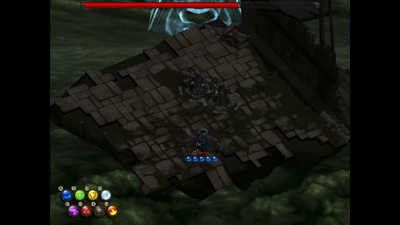 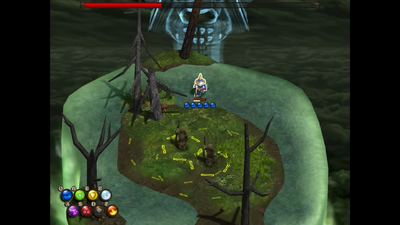 Battle of the Wizard's[] 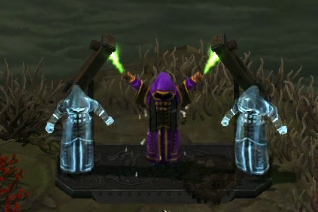 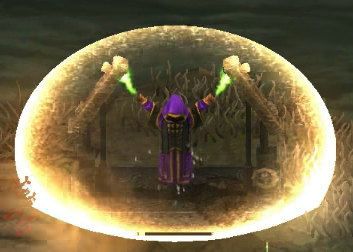 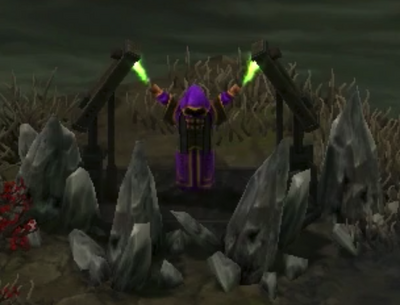 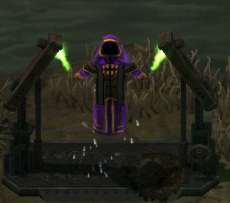 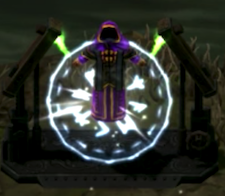 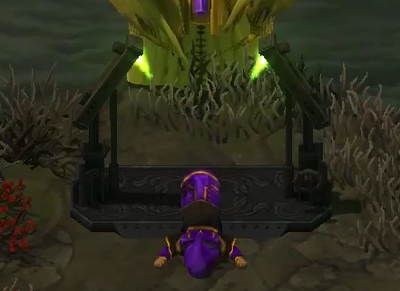