12 moose are located through out the game. Finding all the moose unlocks the achievement "King's Quest".

For visual support, you can refer to this video : http://www.youtube.com/watch?v=QxKiq1-p5fc 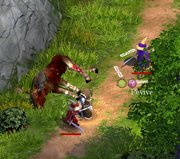 When leaving the castle. You find a man on the road next to a moose. (very hard to miss) 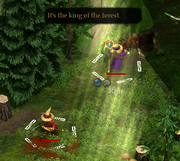 After defeating the Troll munching on Halldor's "wife", you can check out the messy treat he left behind.

Near the pile of bones (after the goblin shaman fight).

The path to the right side of the stonehenge next to the field.

At end of the straight road in the field. (hard to miss)

At the second checkpoint just north of the large statue. There is a moose lying a little to the left of it.

Same as chapter 1, just outside castle Aldrheim, directly below where you get the Teleport Magick

The last room in the mines prior to the wizard goblin boss, west of your entrance into the room (hard to miss). 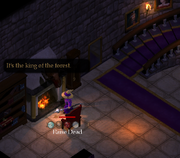 On the mantle of the fireplace before the fight with the Count. 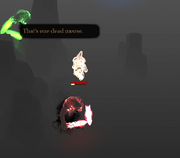 The beginning of Chapter 10, in the plane with all the Elementals. It's in the far right corner, straight down from the bridge that leads to the next screen. 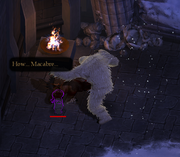 In the castle, north west of the main entrance. A Yeti will be eating the corpse.

Once Assatur has been defeated, and the credits scroll, the last moose will eventually drop down onto your plateau.